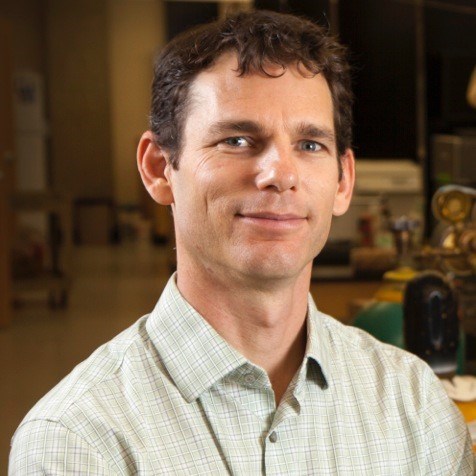 Understanding feedbacks from terrestrial ecosystems to climate change is Schuur’s main research interest. He focuses on the response of Arctic ecosystems in a warmer world, which is key for understanding how natural ecosystems interact with human emissions to control the overall pace of climate change.
Dr. Schuur spends the summer in Alaska living in a log cabin and conducting research, surrounded by wild places under the midnight sun. What brings him here is the potential for this remote place to have an outsized influence on the shape of the future world.
In the Arctic, temperatures are rising fast as a result of burning fossil fuels and deforestation elsewhere on Earth. Warmer temperatures means that things that are normally frozen start defrosting. This includes frozen ground that contains vast quantities of organic carbon – the remains of plants and animals that have been accumulating over thousands of years.

In fact, the amount of carbon in northern soils is about four times larger than all the carbon ever emitted by human activity in modern times. Release of even a fraction of this carbon into the atmosphere amplifies the pace of climate change, making things warmer yet. As an ecosystem ecologist, Dr. Schuur is trying to discover how much frozen carbon will be released, how fast it will come out, and what the form of that carbon will be — as carbon dioxide and methane.
Answers to these questions will in part determine the future climate not only for Alaska, but for the entire world in which we live.

Dr. Schuur is the Principal Investigator of the following projects: