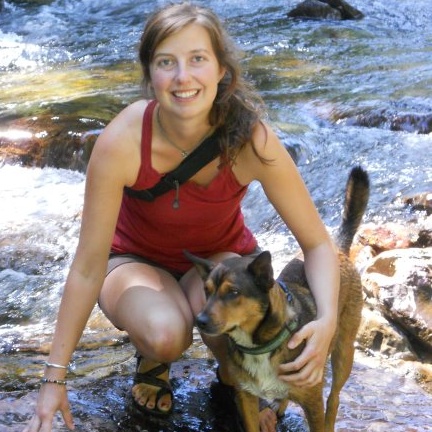 Fritz’s graduate work will involve sequencing microbial communities in freshwater systems and incorporating microbes in freshwater aquatic ecosystems! Before coming to NAU, Fritz worked as a fisheries technician on the Idaho Steelhead Monitoring and Evaluation Studies project with the Idaho Department of Fish and Game. She has also worked with the Sitka Tribe of Alaska as a fisheries technician (watch out for bears)!  While Fritz’s research is fishery focused, she is excited to incorporate the microbial community. Thinking small to better understand the big picture. 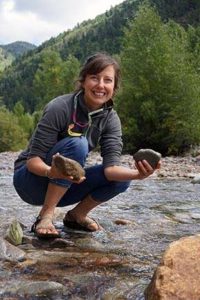 She calls them “angel tears.” Rebecca Fritz, a Masters candidate in the Marks Lab at Ecoss, uses 18-O water in an exciting new technique to gain a deeper understanding of the important roles played by freshwater microbes. Angel tears refer to the drops of 18-O water used in Quantitative Stable Isotope Probing (qSIP) and the invaluable and almost ‘magical’ contribution it has made to her experiment. The isotopically heavy oxygen atom in the angel tears becomes incorporated into the DNA of any actively growing microbes, thus allowing Rebecca to differentiate active freshwater microbial taxa from inactive.

Rebecca grew up in Idaho and wanted to be a fishery biologist when she was younger. She worked with freshwater fish before coming to NAU, namely salmon, “because these fish brought the ocean 900 river miles inland to Idaho,” she says. Rebecca’s current research examines the relationship between freshwater microbial communities and aquatic insects during leaf litter decomposition. Microbes such as bacteria and fungi colonize the leaves that fall into the creek and are consumed by aquatic insects that live there. The composition of the microbial community on the leaves affects the quality of the leaf as food for the aquatic insects, and later, for fish. 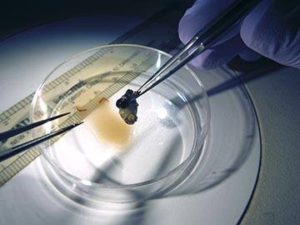 Rebecca is now conducting analyses of the stream microbes and insects she collected in Oak Creek this summer. To answer her research questions, she conditioned both gambel oak and Fremont cottonwood leaves with microbial communities for 10 days. She then added caddisfly larvae to feed on one or the other leaf type, each containing its own microbial communities, for four days. Half of the insects were then placed in either plain water (as a control) or in 18-O water so that the microbes in the insects’ gut could be labeled. By tracing the 18-O into the DNA of the microbial community, Rebecca will be able to identify the active microorganisms that are present on the different leaf species. After that, she will determine whether or not microbes from the leaves become incorporated into the digestive tracts of the insects (see photo). Rebecca says that the “cherry on top” of her research will be discovering what the microbes do in the insect’s gut to assist with leaf processing and nutrient provision.