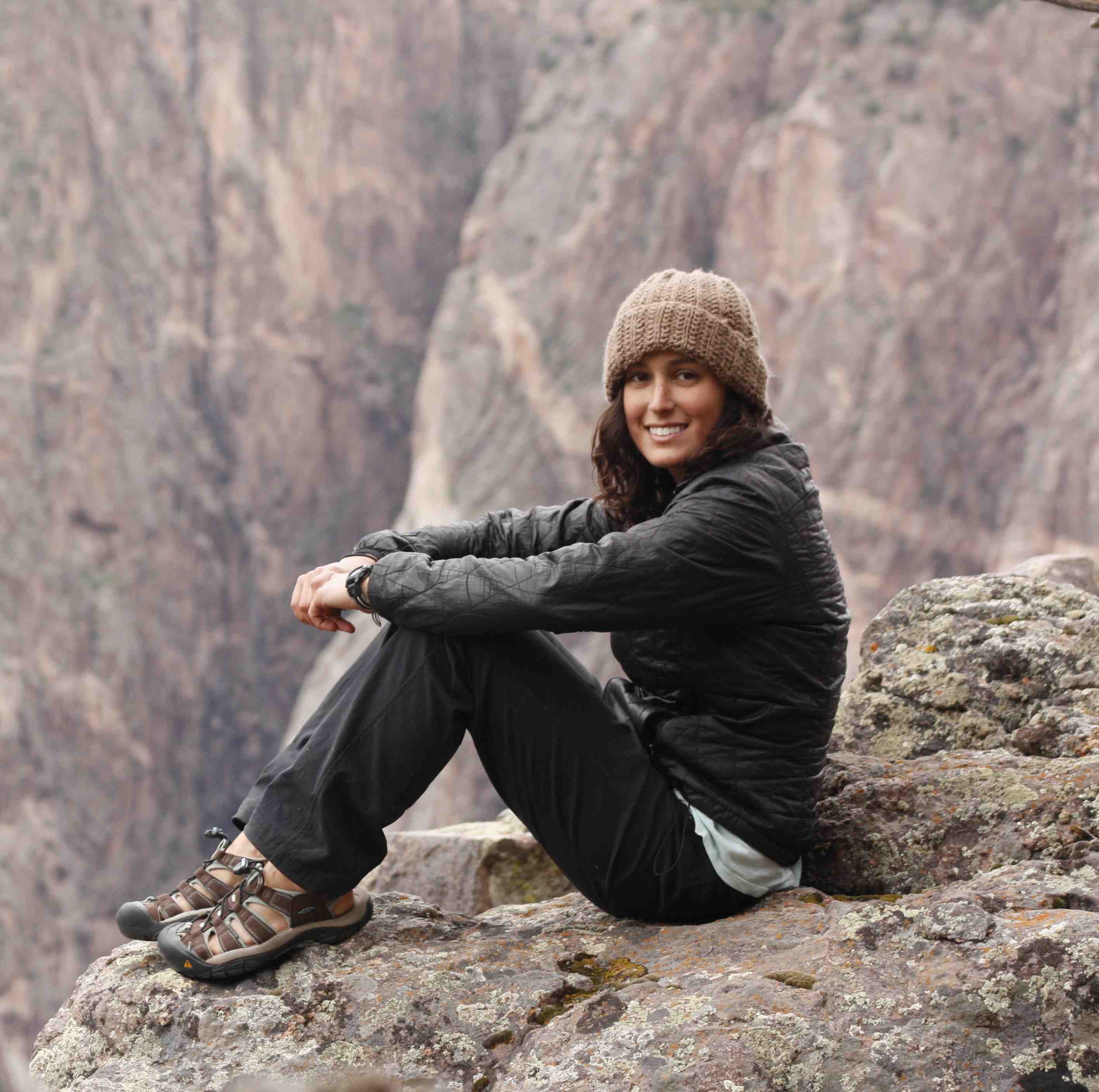 How will grasslands, the largest terrestrial biome on earth, respond to the threats brought by climate change, drought, and disturbance? That’s one of the questions that Rachel Rubin is looking to answer with her PhD studies in the Hungate Lab at Ecoss. In order to determine how climate change will interact with grassland restoration, Rachel has explored how different grass species respond to their native soil microbiomes and to extreme events such as heat waves. She is exploring the benefits provided to plants through interactions with rhizobacteria, bacteria that occur in the rhizosphere, the zone of soil immediately surrounding plant roots. Her work also addresses soil fungi that form tight associations with plants, creating “mycorrhizae”, literally, “fungus-root.” Rhizobacteria and mycorrhizal fungi (the latter pictured below, exploring the roots of blue grama) are both known to influence nutrient availability to plants, and can also protect them from pathogens. But will the soil microbiome aid in plant tolerance to climate change? 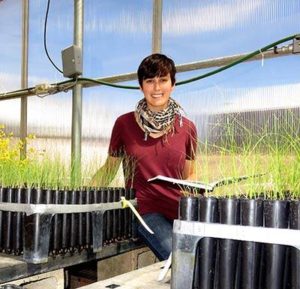 To answer to this question, Rachel looked at two groups of native Arizona perennial grasses: Arizona fescue, a C3 grass that is adapted to cool early season establishment, and blue grama, a C4 grass that is adapted to warm and dry conditions. When soil microbes associated with these grasses were exposed to an experimental heat wave and later added to the soil as an inoculum, C4 grasses grew less, whereas C3 grasses grew more. This indicates that climate change tolerance may come at the expense of being highly dependent on soil microbes. This information is useful for selecting seed mixes for restoration projects in order to combat soil disturbance as well as extreme events predicted to occur with climate change.

The results of Rachel’s first experiment led her to explore the relationship between agricultural crops and plant growth promoting rhizobacteria (PGPR). First described in 1980, PGPR represent a diverse suite of bacteria known to promote plant growth. She wanted to understand the effect of PGPR on crop yield under drought conditions. To do this, Rachel conducted the first comprehensive meta-analysis on this subject, analyzing 52 scientific papers from around the world in an effort to determine the overall effect on plant growth when PGPR are added to the soil, as well as experimental conditions that influence the magnitude of this effect. Her analysis shows that the beneficial effects of PGPR-inoculated soil is greater for plants that are stressed by drought as compared to plants that are not. This analysis shows that in times of drought, or in places where less was irrigation is used, the addition of PGPR to the soil could assist in maintaining and perhaps even increasing crop yields.