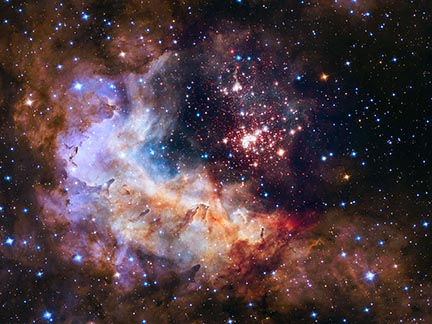 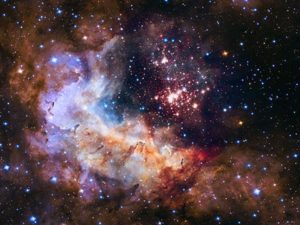 This NASA/ESA Hubble Space Telescope image of the cluster Westerlund 2 and its surroundings has been released to celebrate Hubble’s 25th year in orbit and a quarter of a century of new discoveries, stunning images and outstanding science. The image’s central region, containing the star cluster, blends visible-light data taken by the Advanced Camera for Surveys and near-infrared exposures taken by the Wide Field Camera 3.

Science and Sentiment. What does it feel like to be a scientist?
Check out this great video featuring scientists from Ecoss.
Sonya Daw, writer/editor/videographer/producer.