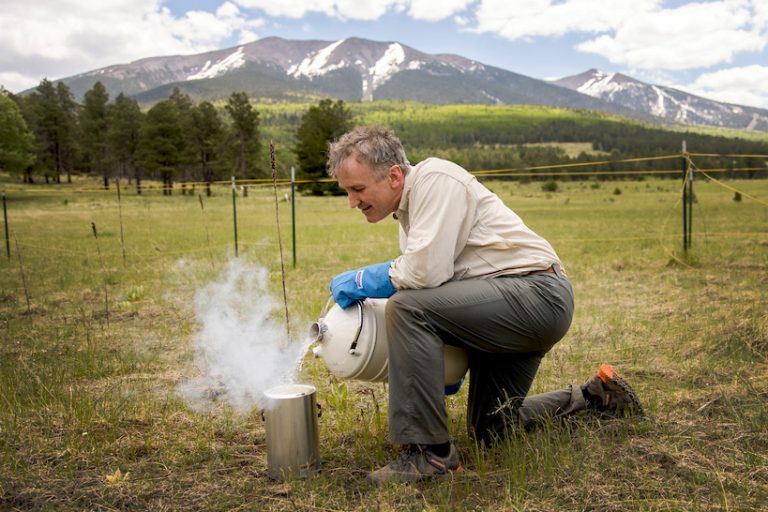 “NAU Regents’ Professor Bruce Hungate, director of the Center for Ecosystem Science and Society (Ecoss), recently joined a new initiative lead by LLNL to study how the soil microbiome controls the mechanisms that regulate the stabilization of the organic matter in soil.

“How do different kinds of microorganisms in the soil grow? How do they die and how quickly do they die? What role do viruses, starvation and environmental shocks play in this cycle? Finding the answers to these questions is important because we know that microbes are the main players in how much carbon is stored in the soil,” Hungate said. “The more carbon that’s stored in the soil, the less carbon is released into the atmosphere as carbon dioxide, which causes global warming.”

Funded by the U.S. Department of Energy’s (DOE) Office of Biological and Environmental Research for $2.5 million per year for the next three to five years, the project represents a collaboration between the LLNL team and researchers at the University of California Berkeley, Northern Arizona University and Ohio State University as well as Lawrence Berkeley and Pacific Northwest national laboratories. NAU associate research professor Paul Dijkstra, assistant research professor Christina Schaedel and senior research associate Ben Koch, all with Ecoss, also are involved in the project.”

You can find the full article by clicking on the link below: