Ecoss does Ecosystem Science in the Park 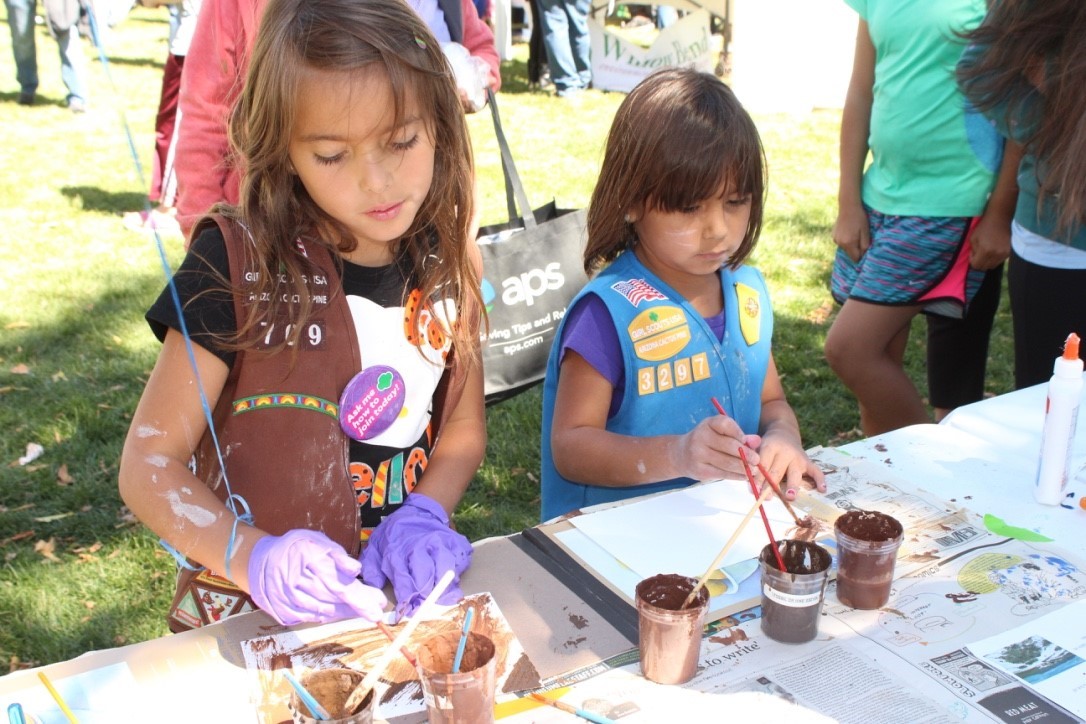 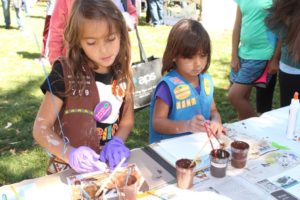 Science in the Park, Flagstaff 2016

Water plus soil makes mud, right? It’s definitely mud when it’s on the kitchen table at home. But for the Center for Ecosystem Science and Society (Ecoss), water plus soil makes paint, and it enjoyed centerpiece status on our table in Science in the Park in Flagstaff, last weekend, part of Flagstaff’s 2016 Festival of Science (September 2016). Visitors were handed a brush and a blank canvas and created art with a palette of natural soil paints, from beige to black to red to all shades of brown. Most, before even beginning, were curious, and asked why: “Why are the soils different colors?” That’s our entrée to science: soils vary in color because of the different amounts and types of chemical elements they contain. Red and yellow soils contain particular forms of iron, black soils are high in organic matter or sulfur, and white soils often are high in calcium. The color of soil – its chemistry – tells a story of the rocks the soil is made from, the plants that grow and the animals that burrow in it, and the climate and weathering that occurred over thousands to millions of years, changing the forms of elements, and washing some of them away. 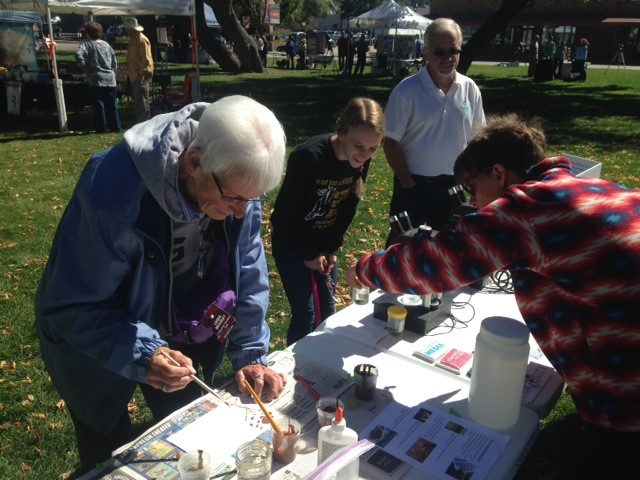 Science in the park, Flagstaff 2016

Soils are the foundations for land ecosystems, and they are critical for people because they support the crops we eat, they clean the water we drink, they support the biodiversity we enjoy, and they can help stabilize the climate. At Ecoss, we conduct research to understand the ways soils are important for ecosystems and for people, always with an eye toward how soils and ecosystems can continue providing these critical services in the future. At Ecoss, we like to reframe the mundane to encourage new perspectives, mixing soil and water to make art, not mud, all the while learning and teaching about ecosystems.

Special thanks to Adam Siders, Rachel Rubin, Rebecca Fritz, Xiaojun Liu, Elaine Pegoraro, Haley Dunleavy, Marguerite Mauritz, and Bri Finley for making this event possible. All are scientists that work in the Center for Ecosystem Science and Society.