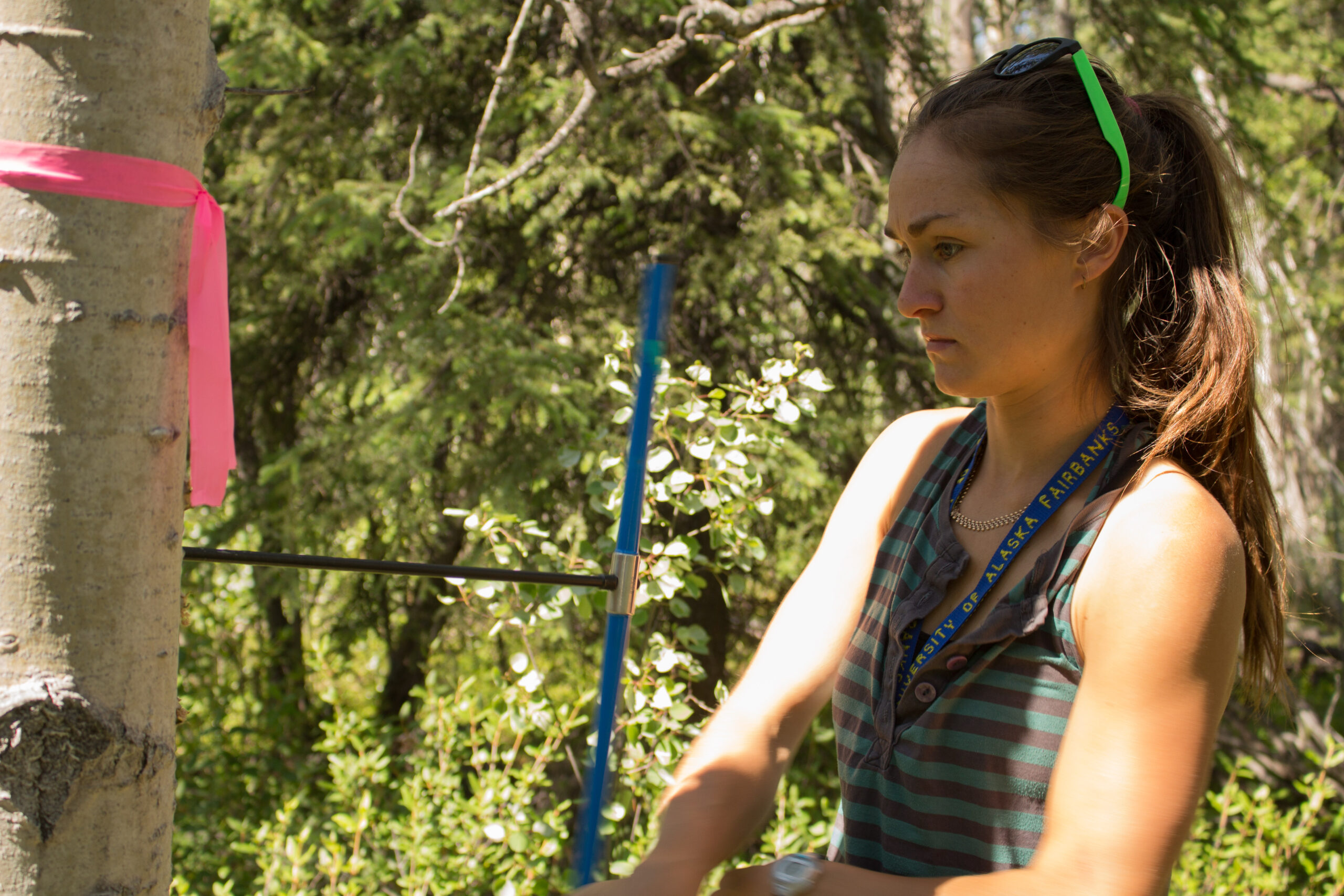 Drought—even in a single year—can leave aspen more vulnerable to insect infestation and other stressors decades later, a new study by NAU researchers found. Aspen trees that were not resilient to drought stayed smaller than others, growing more slowly and succumbing to an outbreak of insects known as aspen leaf miners that have plagued interior Alaska for more than two decades.

The findings, led by research specialist Melissa Boyd and Regents’ professor Michelle Mack of the Center for Ecosystem Science and Society and published in Ecosphere, offer more clues to the scientific mystery of what causes trees to die, and a possible preview of these forests’ future as the climate warms. NAU assistant research professors Xanthe Walker and Logan Berner, Regents’ professor Scott Goetz, and postdoctoral researcher Adrianna Foster also contributed to the study.

“Climate warming in the boreal forest has brought with it more frequent drought and insect outbreaks,” Boyd said. “It’s important we understand how these increasingly common events might alter the fate of aspen in northern forests.”

Boyd and her team used tree rings, long-term ecological data, and satellite imagery to reconstruct the story of eight sites in interior Alaska that experienced aspen mortality during the leaf miner outbreak between 1997-2013. They found that a 1957 drought hampered the growth of some trees.  Decades later, those trees, light-starved in the sub-canopy, were predisposed to die during the insect outbreak.

The researchers also found that the “normalized difference vegetation index,” a satellite-based measurement of vegetation productivity, did a better job at capturing the growth of living trees than it did the insect-wrought fate of dying trees that were in the lower canopy. To accurately detect insect-driven growth declines and mortality of aspen, and thus create a fuller picture of what’s happening to these forests, the researchers suggest that we cannot solely rely on NDVI.

“As the northern latitudes grow warmer, forests that were historically dominated by conifers are shifting to deciduous-dominated ones,” said Mack, the study’s senior author. “As they do, threats to these deciduous trees become a matter of global concern. It’s imperative we learn more about how and why these trees die.”

Boyd enjoys working with aspen in part because their histories can be challenging to read, given their indistinct ring boundaries. She said her findings about what caused certain trees to die raises more questions about the trees that survive. “Can the growth of surviving aspen recover after a leaf miner outbreak?” Boyd asked. “How resilient are these trees, and how much damage can they sustain?”