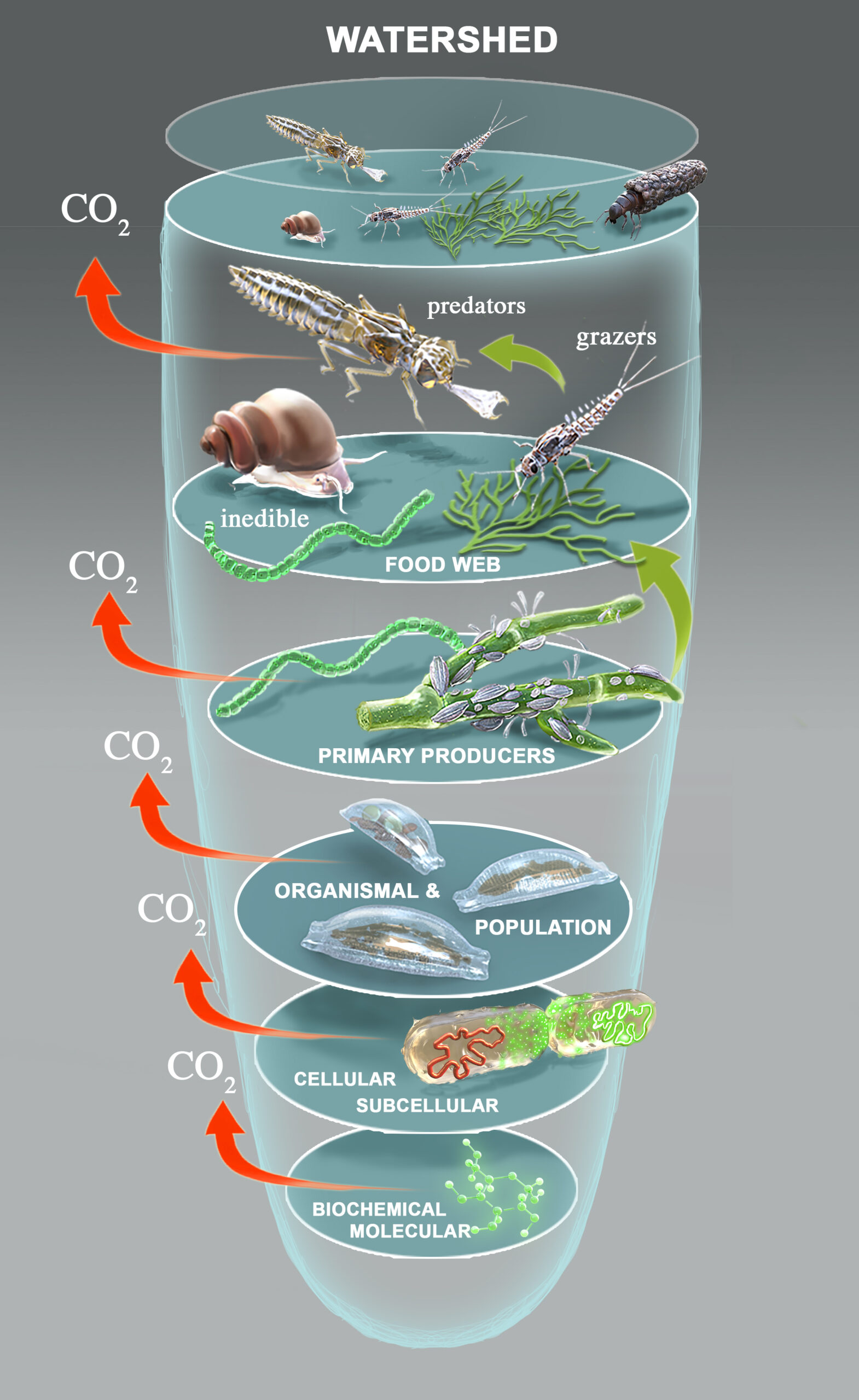 The tiny cosmos of organisms living on a streamer of algae in a river—the algal microbiome—could help scientists learn what turns an environment from healthy to toxic and back again. A multidisciplinary team led by Northern Arizona University has won $3 million from the National Science Foundation to translate the codex contained in the microbiome of common algae into computer algorithms that can predict a wide range of microbial interactions.

The team, which includes researchers from NAU, University of California-Berkeley, Lawrence Livermore National Laboratory, and University of Nebraska-Lincoln, will conduct experiments in rivers in Arizona and California. By manipulating nutrients and sunlight, they will look for the biological “switches” that get turned on and off by organisms living in the algal mat, a laminate composed of algae, bacteria, fungi, and tiny animals that grows on rocks and sediments of riverbeds.

“When does productive algae become toxic strains of Cyanobacteria, which can be really harmful to marine life, dogs, and humans, and what are the biological switches that flip?” said principal investigator Jane Marks, professor in biology in the Center for Ecosystem Science and Society at NAU. “Even in a relatively pristine river like the Eel, we get these very sudden shifts from productivity to toxicity, and we don’t really understand the tipping points.”

Because algal mats are long-studied and relatively accessible to observe, the team will use them as models to better learn how microbial communities beyond rivers behave. The team will combine field experiments with high-tech molecular tools and machine learning to unravel the complex interactions among bacteria and algae into a set of predictive rules. The experiments they conduct and computer models they develop will illumine which interactions among micro-organisms have the power to change the health of a river or a human gut.

“I’m excited to gather new kinds of measurements with this team, like species-specific carbon and nitrogen uptake rates,” said Toby Hocking, assistant professor in the School of Informatics, Computing and Cyber Systems at NAU and co-principal investigator on the project. “Most previous work has been limited to measurement of abundance data, which means counting the individuals of a species in a population. But having only abundance data makes it very difficult to infer more complex interactions such as mutualism and predation. Combining our metabolic data with abundance will reveal new details about interactions and relationships between species in these microbial communities.”

“Since we can’t walk through an algal forest to map out where nutrients are going, we need to use isotopic tools like qSIP (quantitative stable isotope probing) and NanoSIMS (nano secondary ion mass spectrometry), which allow us to follow carbon and nitrogen as it moves through the system,” said Marks.

“Pulling nitrogen into the river food web, as the diatom Epithemia does, is hugely important for fish like salmon and other riverine consumers,” said Mary Power, a professor at University of California-Berkeley and co-principal investigator on the project. “Using the sophisticated technology Ecoss developed, we can track how Epithemia—the Greek word for desire—and its amazing endosymbiont bring nitrogen into the river.”

The NSF award will support training 10 undergraduate students, two postdocs, and four graduate researchers at NAU. The team will collaborate with tribal community partners and citizen scientists to conduct field trips called “algal forays,” and plans to share what they learn about the algae microbiome through community art and science collaborations like Parched: the Art of Water in the Southwest.

For Marks, who studies how freshwater food webs respond to environmental change, this project represents a return to her first scientific love: exploring life underwater.

“Jane first taught me to recognize Epithemia when she began her dissertation work in the Eel River three decades ago,” said Power. “Now we’re back on its trail, learning how changes in river temperatures, flows, and other factors can turn this algae from an excellent food source for salmon-bearing food chains into a victim of overgrowth by other toxic algae and Cyanobacteria.”

“I have loved algae for many, many years,” said Marks. “It’s green and slimy, but when you put it under the microscope, you enter this secret world. There are epiphytes of all colors and shapes, and structures that rival the planet’s densest forests. I love getting to go back there with new questions.”

Other co-principal investigators from NAU include Greg Caporaso of the School of Informatics, Computing and Cyber Systems and Bruce Hungate of the Center for Ecosystem Science and Society. 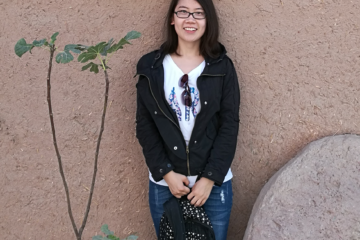 What the future looks like: NAU student creates tool to make modeling easier for ecologists

Xin Huang wants to make modeling and using big data easier for everyone, especially ecologists who don’t have extensive computer programming experience. As a third-year doctoral student in the Center for Ecosystem Science and Society Read more…