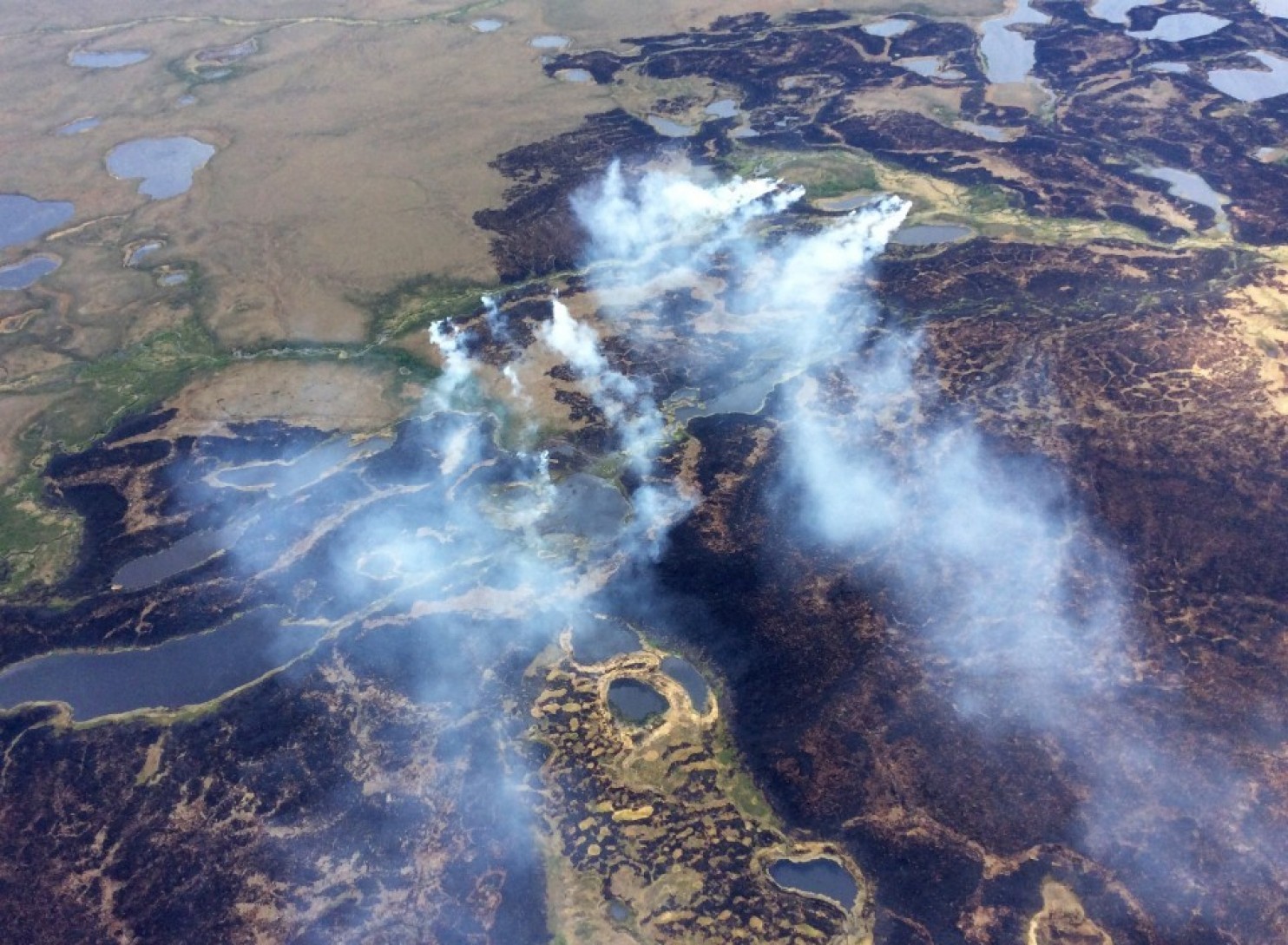 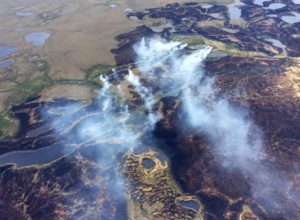 In this June 2015 photo, smoke rises from the Bogus Creek Fire, one of two fires then burning in the Yukon Delta National Wildlife Refuge in southwest Alaska. (Matt Snyder/Alaska Division of Forestry via Associated Press)

This story in the Washington Post (June 3, 2016) provides details on a major and surprising new report from the U.S. Geological Survey. The document raises questions about what will be the true carbon consequences of Alaska’s ongoing warming. Ted Schuur, permafrost researcher at Ecoss says about the new study “It’s important to remember that these models are predicting both losses of soil carbon as well as new plant uptake and so it’s going to be critical to assess whether stimulated plant uptake by rising CO2 and the other factors really will compensate for soil carbon losses, because that’s the process that offsets emissions to the atmosphere,”