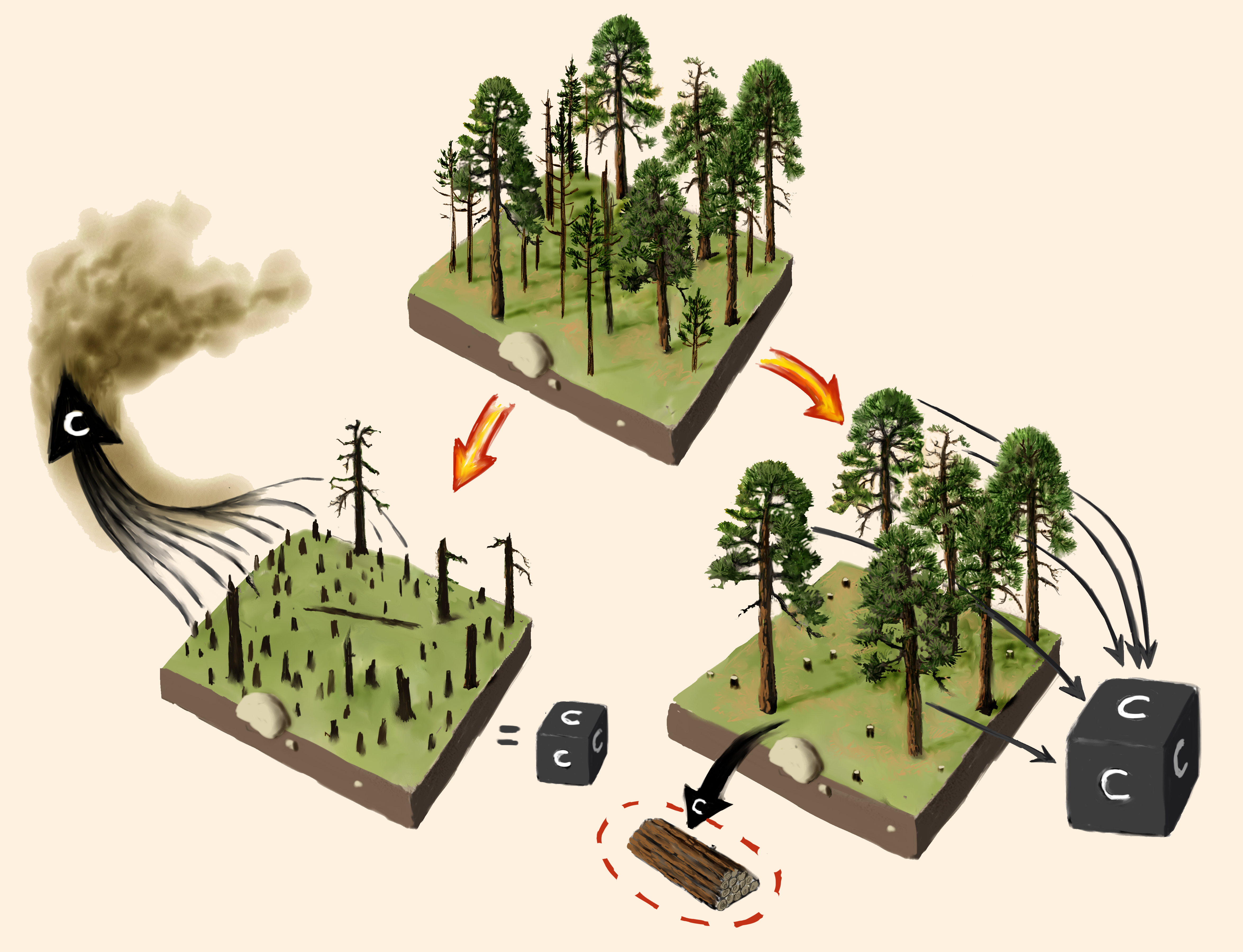 Management of forests for carbon uptake is an important tool in the effort to slow the increase in atmospheric CO2 and global warming. However, some current policies governing forest carbon credits actually promote avoidable CO2 release and punish actions that would increase long-term carbon storage. In fire-prone forests, management that reduces the risk of catastrophic carbon release resulting from stand-replacing wild-fire is considered to be a CO2 source, according to current accounting practices, even though such management may actually increase long-term carbon storage. Examining four of the largest wildfires in the US in 2002, Ecoss-associated research found that, for forest land that experienced catastrophic stand-replacing fire, prior thinning would have reduced CO2 release from live tree biomass by as much as 98%. Altering carbon accounting practices for forests that have historically experienced frequent, low-severity fire could provide an incentive for forest managers to reduce the risk of catastrophic fire and associated large carbon release events.